Backroads is an episodic, one hour drama with music.

The Stories.  The one hour episodes feature on-going conflicts and struggles among the documentary crew and Global Media in NYC. In each episode a new Unknown Americana Artist will be integrated into the storyline. Also, in each episode an Established Americana star will join the Unknown for a song.

The Singers. Females and males. They are either actors who can sing or singers who can act. Each unknown artist will be matched with a recognized, real world Americana artist. The star will join the newcomer for a duet each show.

The ​World of Backroads.
The American Heartland provides the settings and struggles. Each week the documentary crew arrives in a new town to capture the drama and music of the singer-of-the-week. From Denver to Raleigh, from Duluth to Mobile....and all the small and mid-sized towns in-between. The crew travels in a van as the local and regional landscapes roll by.

The Look of the show is edgy and multi-imaged. The crew uses go-pro, cell phone, surveillance, drones, and standard cameras to record the action. The viewer sees a mix of camera images, but there are moments of calm, single camera recording. A mix of Friday Night Lights and 24 .

A Production Homebase could be established in one town. All of the interiors could be shot there. Not unlike One Tree Hill used Wilmington, NC and Homeland is using Charlotte, NC.

Behind the Music meets Crazy Heart.
​ 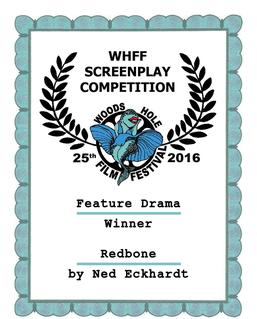 A documentary crew of four is dedicated to recording the music and life styles of an unknown Americana musical artist every episode. While the suits at Global Media Network in NYC argue and fight about the show, the documentary crew perseveres as it travels throughout the US Heartland in search of the next big singer. Passion, danger, and romance provide an attractive prism to showcase the music, artists, and conflicts. Each week an established Americana singer joins the unknown for a song. Think Behind the Music meets Crazy Heart.

A dedicated, but conflicted documentary crew captures the music and lifestyles of various unknown singers for a new TV Series: Hometown Music Americana.

A husband and wife team who sing country-blue grass see their world and marriage disrupted when the secretly-addicted husband falls for Beth and the wife becomes obsessed with Cliff. Francine infuriates Ross with her secretive filming. The Civil Wars join them for a song. https://www.youtube.com/watch?v=hOgwwZyyz2Q

A three-man roots group gets upset when Tom's step son joins the crew for the week and infuses hip-hop into the Americana music. Francine starts to fall for Tom, while Ross tries to undermine the group's recording session with The Avett Brothers.

A female country-soul singer is having a mental breakdown when the crew joins her. She is off her meds, but Cliff finds a homeopathic substitute. Beth and Francine disagree on her talent, while Tom reaches out to her and feels romantic stirrings. Ross and Abe argue over her value to Global. Martha Redbone joins her for a song. http://sroartists.com/artists/martharedbone/

blues singer who is singing at a white club. He and Ilona have an instant attraction which infuriates Ross. Francine and Cliff team up to neutralize the prejudiced club manager. Beth learns her five year old son is being bullied at school.   Taj Mahal joins him for a song. https://www.youtube.com/watch?v=u3S06RE0pUs

A solo male is the featured act at a resort hotel.  After the crew records their first concert, Francine is beaten up by some college guests when she refuses sex with them.  Tom deals with a Global directive to put more sex in the show. Cliff and Francine team up to out the college kids. Beth hooks up with the solo artist. Anderson East joins him for a song.  https://www.youtube.com/watch?v=P7ZldkVjC6o&list=PLPbMT4wSxX8-ereJfs6L3OykEJeGDXCVD

A young, female, Irish folk singer is playing a coffee house. The crew joins her as her fanatical IRA brother arrives and tries to talk her into returning to Ireland. Francine befriends her and stands up to the brother. Beth's son is in the hospital. Cliff is entranced by the Irish singer. Tom battles NY to preserve the integrity of the show. Aoife O'Donovan joins her for a song.

Francine will start to lose the chip on her shoulder and begin an off-again, on-again relationship with Tom. They try to keep it secret, but it's impossible. The crew is rocked. She continues to use hidden cameras to bring more reality to the show, which angers Tom and Cliff.

The suits in New York continue to harass the crew and call for a change in the wholesome quality of the show. Ratings are up, but they want more sex and conflict. Ross frequently joins the crew in the field, causing problems and endangering the efficiency and camaraderie  of the crew. His relationship with Ilona is tenuous as she often joins the crew for fun and games.

Beth continues to enjoy her relationships with various singers, but has to deal with her injured son and angry mother at home. Beth falls hard for one of the singers who isn't interested in a long term relationship. Beth considers leaving the crew. Francine convinces her to stay.

Cliff becomes addicted to one of his exotic health foods and endangers the production. He refuses to use standard medicines and deteriorates. While the rest of the crew is angry, Beth gets him through it.

Hometown Music Americana is a hit. The unknown artists are striking a chord in middle America. The stars are enjoying their one song duets.

Francine Olsen. (27). Lead camera. Strong, fearless, conflicted, vulnerable. She is an Iraq war combat veteran who is still suffering from emotional traumas embedded during her youth. She is a creative practitioner of the art and craft of cinematography. It is hard for her to trust in relationships. She is wary of being taken advantage of. She enjoys the rigors of shooting video on the road and takes great pride in using many cameras and visual styles to tell the stories.

She likes Beth because she is another confident woman who is good at her art/craft.. But she doesn't approve of Beth's tendency to get romantically involved with many men. She puts up with Cliff's obsession with health foods, and likes his frank manner. But she disagrees with his reluctance to take their documentation too far into the personal lives of their subjects. They argue a lot. Tom is like a father figure to her. She wishes he was more confident in dealing with the Global Media folks, but admires how he keeps his cool in tight situations. There is an attraction there that might develop into something. She often finds herself at odds with Tom about her secretive shooting.

Beth Stanik. (32). Audio technician. Quiet, steady, sacrificing, impressionable. She is a single mom who often feels guilty for being away from her 8 year old son, Eric so much. She naturally takes on the burdens of others, and is the stabilizing force of the crew. She has a tendency to get romantically involved with the singers, and is naive to the consequences these involvements can lead to. She is fit and athletic. She has a good sense of humor.

She likes Francine because she is the leader of the crew and is fair minded. But she doesn't approve of Francine's obsession with secret filming, and thinks she can be too harsh when discussing other members of the crew. She enjoys Cliff's constant references to health foods, and sides with Cliff in the arguments about Francine going too far with her secret cameras. Tom is her authority figure for the whole experience and she supports him totally. Sometimes to a fault.

Cliff Adams. (35). Second camera. A wired, outgoing, obsessive hipster. Cliff is a time warp hippy who talks the talk. He is obsessed with health food and is always pushing it on the crew, with limited success. He is enthusiastic and always into their shooting. He is a technoid who understands how the equipment and systems work. He loves his work and doesn't like it being jeopardized by impulsive decisions. Cliff is single and always looking. He and Beth have been dancing around getting involved for years. Cliff can be jealous.

Cliff likes everybody but always disagrees with Francine's constant rigging of hidden cameras to eavesdrop on their subjects. The arguments are loud and close to physical. He teases Beth about her romantic encounters, and she doesn't like it. He and Tom are old friends and often they side together on issues.

Tom Anderson is an African American music producer/director who has seen it all. He is tired of struggling to keep crews together and dealing with artists who don't know how to be team players. His world weariness gives him a low key professionalism the crew likes. This also enables him to be an effective liaison between the field activities and the bosses in New York City. He realizes he is probably working on his last chance for a major success, and he is driven to be successful.

He admires the energy and creativity Francine brings to the visual elements in the show. But her constant pushing of the limits of truth and privacy infuriate him. They have a love-hate relationship. Cliff is his buddy and friend. They have worked together many times over the years and they trust each other. Beth is a solid, dependable person he enjoys being around.

The Global Media people in New York are always pushing Tom, and it frustrates him. Abe is a proven old-timer who has earned Tom's respect, but he truly dislikes Ross. Ross's deviant life-style and inflated ego rub him the wrong way constantly. He and Renata are old friends who respect each other. Tom appreciates the fine line Renata must walk as she works with both the Sebals and the Field Crew.